The Day the Hardworking Staff at Campaign Outsider Went Viral

Full disclosure: The hardworking staff has a small but deeply disturbed following at Campaign Outsider, and we appreciate each and every one of you splendid readers.

But yesterday something entirely unexpected happened: We went sort of viral on Facebook. 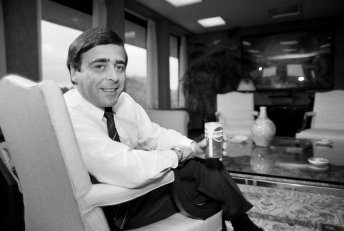 Former PepsiCo chief Roger Enrico died last Wednesday, just early enough to get his due before all obits were swamped by Muhammed Ali’s.

The tribute was this full-page ad in Saturday’s Times. 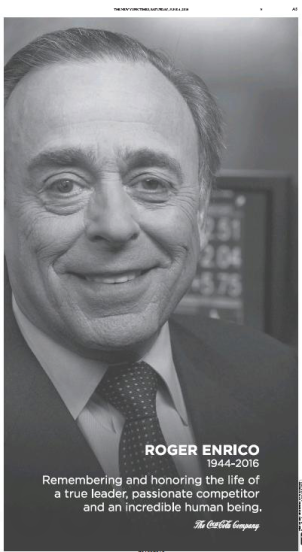 And resulted in 3224 views, a roughly umpteen % increase in our usual traffic.

So there was great rejoicing at the Global Worldwide Headquarters of Campaign Outsider.

We picked up exactly zero subscribers to this blog in the process.

The moral of this story:

The web can be a great trampoline. But it’s also no slingshot.