During his two-decade tenure as director of Boston’s Museum of Fine Arts, Malcolm Rogers has consistently strained to stretch the locals’ definition of art, from the photographs of Herb Ritts to the motorcars of Ralph Lauren.

Now, as Rogers prepares to sing his swan song, it turns out there’s an app for that. 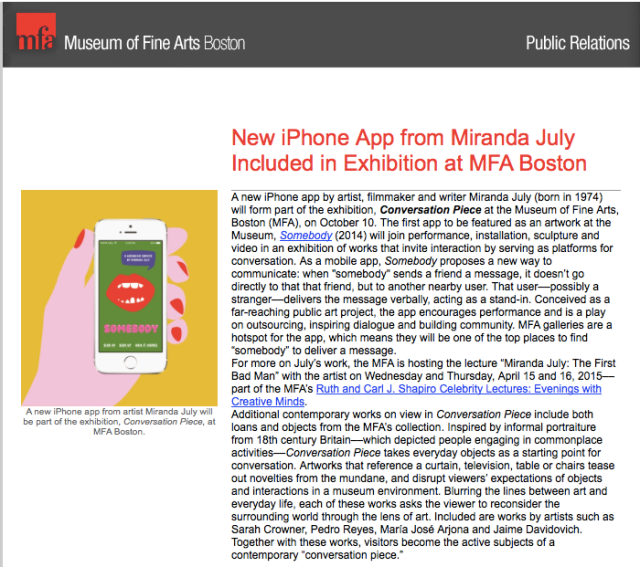 Not exactly Marina Abramovic eyeballing civilians at New York’s Museum of Modern Art, but it’ll do until, we dunno, Miley Cyrus sits naked on the Big Baby Heads in front of the MFA’s Fenway entrance.

How Abramovic would that be?

Hey, Malcolm – you feeling us?

2 Responses to Welcome to Boston’s Museum of Fine Apps