Well the Missus and I trundled over to The Fenway the other day to wander around the Museum of Fine Arts (reservations required) and say, it was swell just to be back there after a year of staying away.

Also swell was Paul Cézanne: Influence (through October 17), which aims to “explore the artist’s connections over time.”

For Paul Cézanne (1839–1906), creativity grew from a fusion of observing the world, trusting one’s own spirit, and studying the works of his predecessors. In turn, Cézanne’s creative vision—and the paintings that flowed from it—compelled other artists who followed.

Bringing together works by painters from the 18th through the

20th centuries—from Jean-Baptiste Siméon Chardin and Jean-Baptiste-Camille Corot to Pablo Picasso, Charles Sheeler, Georges Braque, and Henri Matisse—this exhibition places Cézanne’s works at the center of a dialogue that speaks to the generative power of the connection between artists across time. Featuring 21 portraits, landscapes, and still lifes, the works on view include MFA icons such as Madame Cézanne in a Red Armchair (about 1877) in addition to seven rarely seen loans of works by Cézanne from private collections.

“Paul Cézanne: Influence” follows “Cézanne: In and Out of Time,” an exhibition that explored the artist’s work within the context of his contemporaries.

The exhibit connected Cézanne’s portrait Madame Cézanne in a Red Armchair (above) with Jean-Baptiste-Camille Corot’s Woman with a Pink Shawl (about 1865-70) . . . 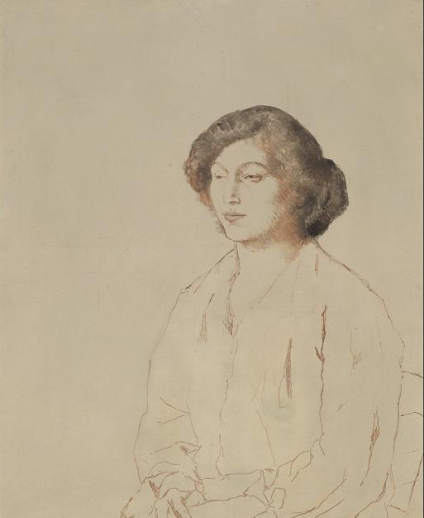 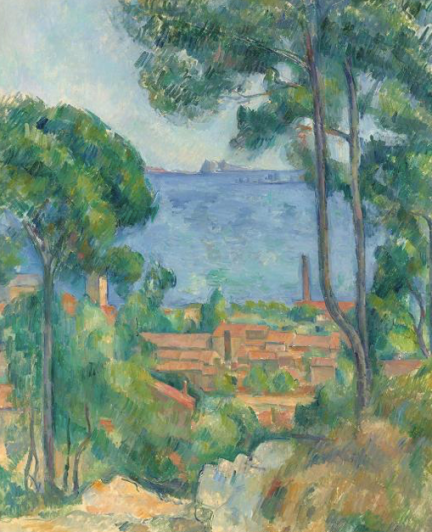 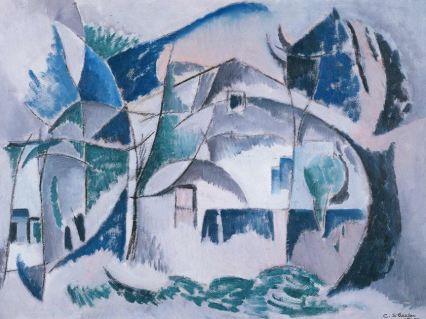 The exhibit is small, but there’s a quiet rhythm and harmony among the paintings that’s lovely to absorb.

Far more sprawling and much less quiet is Writing the Future: Basquiat and the Hip-Hop Generation (through July 25).

The post-graffiti moment in 1980s New York City marked the transition of street art from city walls and subway trains onto canvas and into the art world. Jean-Michel Basquiat (1960–1988) became the galvanizing, iconic frontrunner of this transformational and insurgent movement in contemporary American art, which resulted in an unprecedented fusion of creative energies that defied longstanding racial divisions. This exhibition features his works in painting, sculpture, drawing, video, music, and fashion, alongside works by his contemporaries—and sometimes collaborators—A-One, ERO, Fab 5 Freddy, Futura, Keith Haring, Kool Koor, LA2, Lady Pink, Lee Quiñones, Rammellzee, and Toxic. Throughout the 1980s, these artists fueled new directions in fine art, design, and music, driving the now-global popularity of hip-hop culture.

“Writing the Future: Basquiat and the Hip-Hop Generation” illuminates how this group’s subversive abstractions of both visual and verbal language—including neo-expressionism, freestyle sampling, and wildstyle lettering—rocketed their creative voices onto the main stages of international art and music. It is the first major exhibition to contextualize Basquiat’s work in relation to hip-hop and marks the first time his extensive, robust, and reflective portraiture of his Black and Latinx friends and fellow artists has been given prominence in scholarship on his oeuvre.

In the interest of full disclosure, I’ll be the first to admit that I have exactly zERO ability to assess the work in this exhibit.

To be sure, I can see what the artists are doing and I can understand that there is artistic merit in their work. I just don’t know how to judge the good from the bad from the mediocre. I don’t possess that critical yardstick.

I know, for instance, when a Renoir is sappy, the same way I know when a Whistler is luminous. I just don’t have the vocabulary for these works. So I’ll let them speak for themselves.

You’ll find the kissin’ cousins to the hip-hop school in Collecting Stories: The Invention of Folk Art (through January 9).

Why do we differentiate folk art from fine art? “Collecting Stories: The Invention of Folk Art” takes on this seemingly

simple question by reconsidering works on paper and sculpture from the MFA’s Karolik Collection of American Folk Art. In the 1940s, Maxim Karolik, a Russian immigrant who became an authority on American art, championed including folk art in an encyclopedic museum—shaking up established standards. MFA curators resisted the idea at first, and although they ultimately accepted the value of folk art, they remained reluctant to display it alongside the Museum’s so-called fine art. Today, the MFA commends Karolik’s visionary steps to diversify the MFA collection and to make it more inclusive.

The exhibit includes a charming 1962 WGBH interview with Maxim Karolik that you need to see in person because the video has inexplicably not been uploaded to YouTube.

Regardless, lots more to see throughout the MFA. Well worth a trundle.

(P.S. It was refreshing to be in a museum where people kept a respectful distance from others and were there to see the art, as opposed to the crowd at the Gardner who seemed mainly there to take selfies in front of empty picture frames. We have Netflix to thank for that.)