The news media love to label things, and presidential elections are no exception.

So 2000 was the Hanging Chad Election, 2004 was the Internet Election, 2008 was the Facebook Election, and 2012 was the Twitter Election (with this dissent).

But the jury’s still out on whether the 2016 campaign will be the Snapchat Election.

The Snapchat Elections Begin With Bernie, Hillary and Jeb 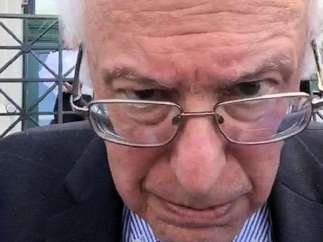 In 2008, it was the Google election. 2012 was Twitter’s turn as the campaign centerpiece. Facebook populism rang in the 2014 midterms.

And now, as 2016 approaches, prepare for the presidential politics of Snapchat.

Enter Bernie Sanders, the lefty, 73-year-old Democratic contender chasing Hillary Clinton in the polls. On Friday, the honorable Independent senator from Vermont made his debut on the mobile app (though judging from his expression, he doesn’t look entirely comfortable with the medium yet).

Sorry Snapchat, But You’re Not Winning This Election 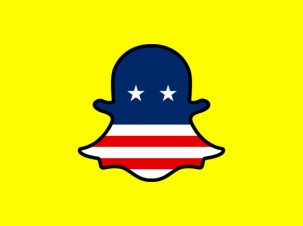 EVERY ELECTION SEASON has its shiny new toy, and this year, Snapchat is most definitely it. We’ve already seen Rand Paul take a chainsaw to the tax code on Snapchat. Jeb Bush announced his campaign on the platform. And, most recently, Hillary Clinton cheekily gushed to Iowans about how much she loves Snapchat because “those messages disappear all by themselves.”

On the surface, having a presence on Snapchat makes these candidates appear forward-thinking and committed to connecting with millennials, Snapchat’s core demographic. And yet, even as candidates and their young teams play with the platform, behind the scenes, many of the digital teams on presidential campaigns say it’s far too early to dub 2016 the Snapchat election, as many in the media have already breathlessly claimed. Compared to other advertising platforms like Facebook, Youtube, Twitter, and most importantly, TV, they say, the ephemeral messaging app has a long way to go toward proving its worth.

The problem: “The fact is, Snapchat’s entire business model is built around keeping user data private, a fact one Republican digital strategist called ‘antithetical to advertising.'”

Especially political advertising, which is obsessed with data mining.

Here’s a sampling of the Snapchat ads so far in the 2016 presidential campaign.

A couple of Scott Walker down (at) home ads:

Another fun fact to know and tell: Hillary Clinton has a Pinterest page.

Finally, here’s a helpful Newsweek chart of who’s where: 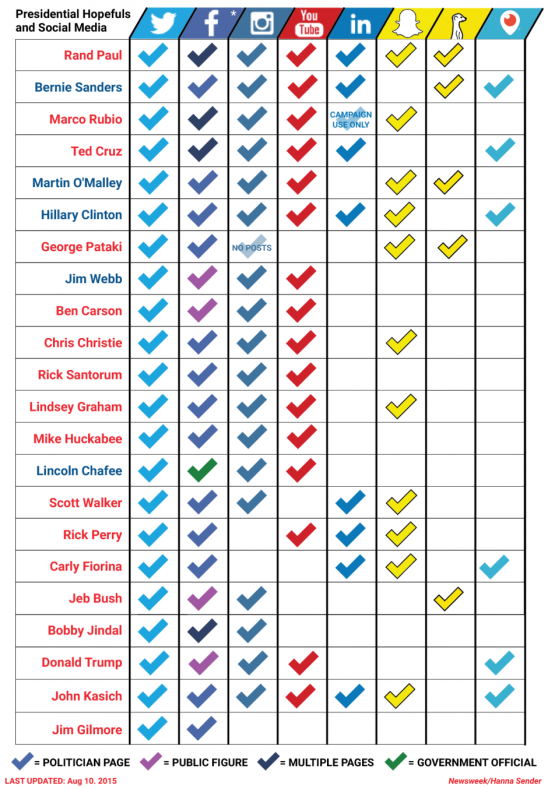 More, most assuredly, to come.