Sign o’ the Time: Everything for Sale at Newsweekly

Posted on December 30, 2013 by Campaign Outsider

The Boston Sunday Globe featured this full-page ad on A12 yesterday. 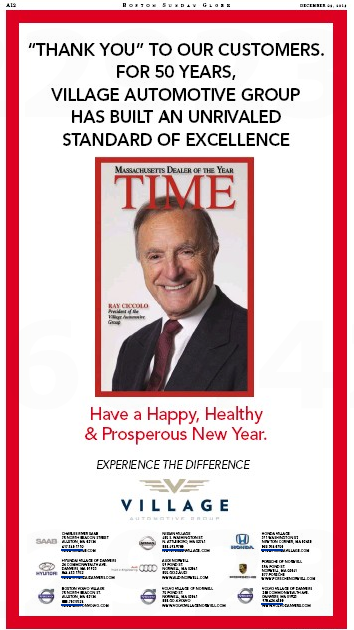 1) The whole Time Dealer of the Year Awards looks suspiciously like a pay-for-play scheme. 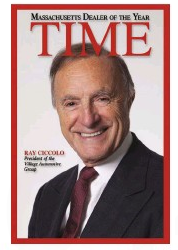 At least not outside the Time-industrial-marketing complex. Once, the vanity covers were largely restricted to dealership showrooms, not splashed all over legitimate media. But Time has changed.

According to today’s New York Times, the venerable/vulnerable newsweekly is pretty much a swap meet now – in every aspect of the publication.

Within the next six months . . . the media conglomerate Time Warner, hopes to spin off Time Inc. into a separate public company. But if the plan succeeds, Time Inc. will become independent at a difficult moment. Not only do the magazine industry’s fortunes continue to sag, but Time Inc. has also shown signs of instability. It has churned through three chief executives in the last three years, and lost a star editor, its former editor in chief Martha Nelson.

To combat these negative forces, Time Inc. will abandon the traditional separation between its newsroom and business sides, a move that has caused angst among its journalists. Now, the newsroom staffs at Time Inc.’s magazines will report to the business executives.

Time Inc. defends the setup – “once verboten at journalistic institutions” –  as essential for generating new revenue to offset shrinking advertising and circulation dollars.

(The hardtracking staff at Sneak Adtack had this story, via Times columnist Joe Nocera, two months ago.)

So look for more pay-for-placement schemes to involve Time (not to mention People, Sports Illustrated, and Fortune). Hey, maybe Ray Ciccolo could guest-edit one of the magazines for a week.

Look also for a shuffle in the bottom third of this Gallup poll:

When car salespeople vault past journalists, you’ll know Time Inc. has been successful in its new venture.

4 Responses to Sign o’ the Time: Everything for Sale at Newsweekly