From our Grey Lady pearl-clutching desk

The hardblushing staff has long chronicled the growing willingness of the New York Times to bare all in the name of art – or commerce – in its advertising.

Representative samples include this ulp-skirt ad from Louis Vuitton six years ago . . . 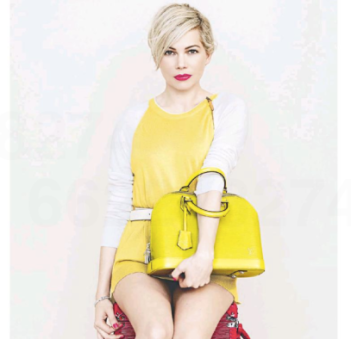 and this Gagosian Gallery ad four years ago . . . 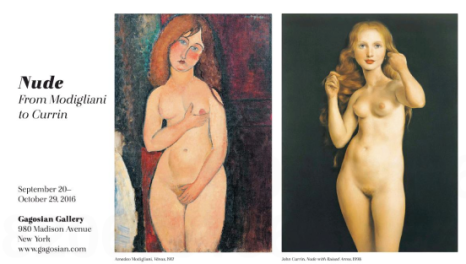 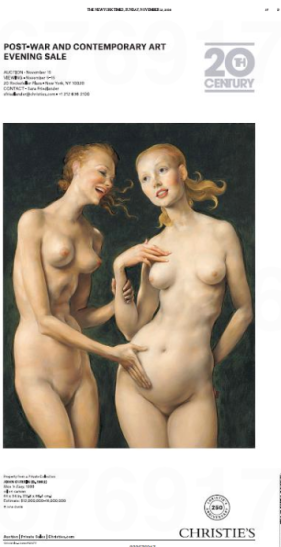 and this M.S. Rau Antiques ad two years ago. 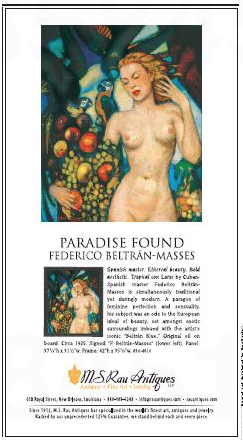 That same auction house was back in the Times last year with an ad for “this vibrant, monumental Salon painting” by Julius LeBlanc Stewart. 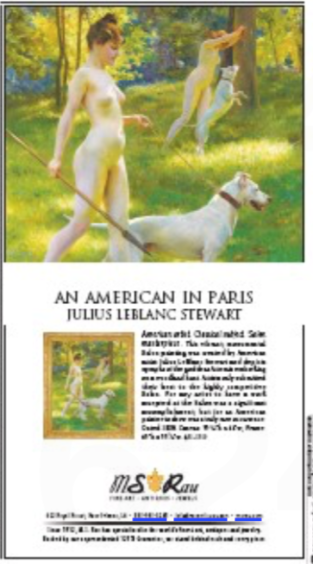 Yesterday’s edition of the Times indicated that the editorial side also has skin in the game. From Page One of the ThursdayStyles section: 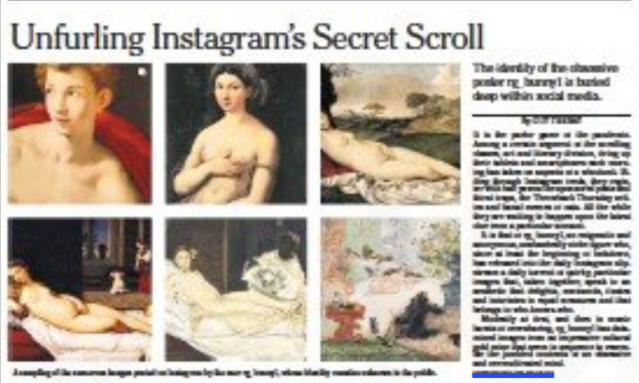 It is the parlor game of the pandemic. Among a certain segment of the scrolling classes, art and literary division, firing up their tablets and smartphones each morning has taken on aspects of a whodunit. Rifling through Instagram feeds, they register with half yawns the sponsored posts and thirst traps, the Throwback Thursday selfies and banal memes of cats. All the while they are 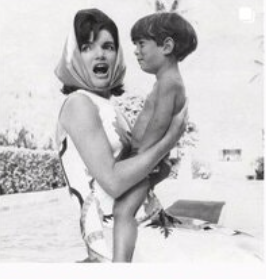 waiting to happen upon the latest clue from a particular account.

It is that of rg_bunny1, an enigmatic and anonymous, unabashedly niche figure who, since at least the beginning of lockdown, has released into the daily Instagram slipstream a daily torrent of quirky, particular images that, taken together, speak to an aesthetic that delights, confounds, fixates and infuriates in equal measures and that belongs to who-knows-who.

It’s a long, frothy piece that takes up all of page 6, rambling from a roll call of rg_bunny1’s A-list followers (“the painters Tracey Emin and Jack Pierson; the New Yorker cartoonist Roz Chast; Luke Syson, the director of the Fitzwilliam Museum in Cambridge, England; a smattering of European nobilities with surnames like Windisch-Graetz and Schönbrunn” and etc.) to a game of WhoIsIt, complete with the extensive efforts of an art world sleuth.

The identity of rg_bunny1 remains elusive, though. Mostly because he reveals only the bare minimum about himself.