No question that fundraising platforms like GoFundMe have done a world of good all over the world.

Tom Moore, known better as “Captain Tom,” will turn 100 later this month. To celebrate, he planned to walk 100 laps around his backyard garden and raise some money for NHS Charities.

Moore initially hoped to raise £1,000, the BBC reported. As of late Thursday afternoon, the donation counter was nearly to £9.5 million, or about $12 million.

But not every fundraising story is that celebratory.

Witness this one from Publishers Weekly reporter Claire Kirch. 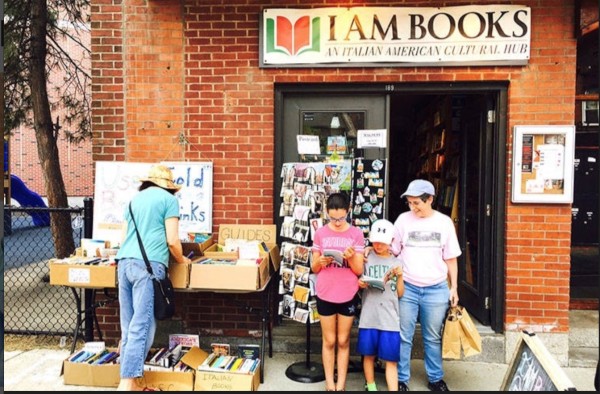 Growing numbers of indie bookstores in the U.S. are turning to GoFundMe to raise funds to pay expenses like payroll, rent, and utilities to stay afloat in the absence of customers this spring. But some bookstoress are having problems actually accessing those funds . . .

Yet a number of the stores that were among the first to launch successful campaigns in the wake of the novel coronavirus pandemic are complaining that, to date, GoFundMe has not released the funds promised them.

Among those starved stores: Boston’s own I Am Books.

I Am Books in Boston’s North End neighborhood was the first indie bookstore to launch a GoFundMe campaign in response to the novel coronavirus pandemic. Citing his Italian background and disclosing that he’d heard reports from Italian friends and relatives of the devastation in that country due to the coronavirus, owner Nicola Orichuia closed I Am to customers on March 12. On that same day, Orichuia launched a GoFundMe campaign to raise, initially, $5,000. He later increased that amount to $10,000, and to date he has raised $10,195 via the platform. He said he has yet to see a dime of that money.

The hardworking staff doesn’t want to launch a GoF–kMe hashtag just yet, but we don’t have infinite patience.