Posted on December 18, 2019 by Campaign Outsider

One of the cherished holiday traditions here at the Global Worldwide Headquarters is the annual Running of the Photographers in the New York Times’s Year in Pictures special section.

(Past bakeoff winners, if you’re keeping score at home.)

From the Times website: “5.6 million. That’s roughly the number of images photo editors of The New York Times sift through each year to find the perfect photographs to represent the news for our readers.”

This year, 62 images and 45 photographers made the cut. Thirty-nine of the shutterbugs had one photo in the special section; three others had two.

That leaves three photographers with more than two, and this is where it gets interesting.

Start with Lam Yik Fei, whose chronicling of the Hong Kong protests earned him the front and back pages of the section. 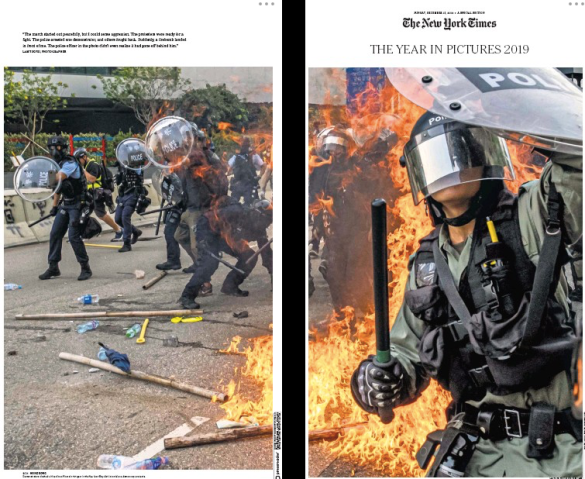 Two other Yik Fei shots of the protest are featured . . . and then there’s this.

So Yik Fei has either seven or four representations in the YIP.

Next up: Elizabeth D. Herman and Celeste Sloman, “who photographed each one of the record number of women in the 116th Congress.” That’s over 100 portraits (if you’re keeping score at home), of which these made the YIP.

Last, but by no means least, is Erin Schaff, a Times staff photographer based in Washington. She got to travel with Donald Trump to South Korea (and the DMZ) and various Trump rallies, including one last month in Georgia. 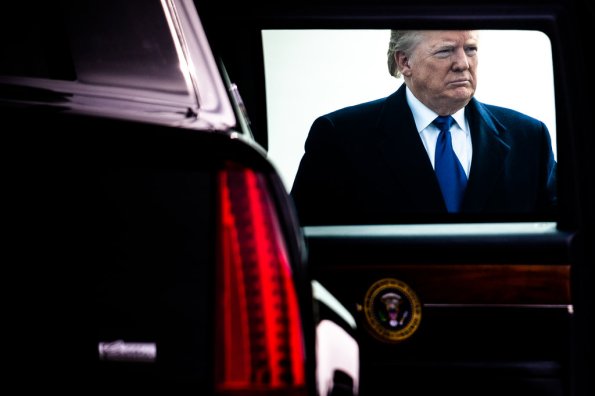 In all, Schaff has five photos in this year’s YIP.

There are a few other iconic images we should note.

Madonna on Madonna from the mysterious “JR for the New York Times.”