As the 50th anniversary of Israel’s six-day war unfolds in myriad narratives, the American Jewish Committee (a.k.a. the AJC) ran this ad in yesterday’s Wall Street Journal.

But what really caught the eye of the hardcounting staff was the list of those who funded the ad. 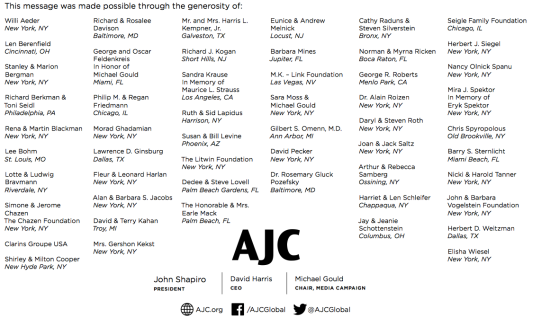 But no one from Boston.

The headscratching staff has no idea what that means.

But it’s gotta mean something, right?