Posted on February 14, 2017 by Campaign Outsider

Latest in a very long-running series

Yesterday’s New York Times featured this ad from twin sisters Allie and Katie Buryk, both of whom suffer from Tay-Sachs, a rare disease mostly associated with the Jewish population, but also present in the Cajun community of Louisiana — where their dad’s ancestors comes from — and in French Canadians. 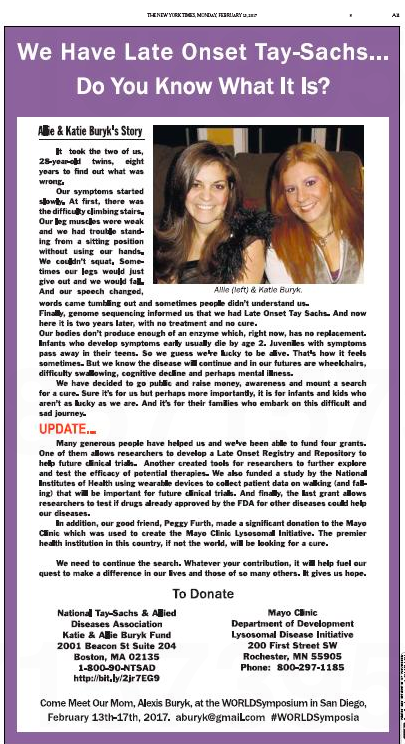 For background, the hardGoogling staff found this piece from the Hilton Head Island Packet two years ago. 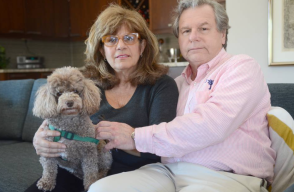 Even on a clear day, the former Hilton Head Island woman can’t jog, walk down the steps to the subway or wear high heels.

An icy sidewalk could be even more treacherous for the 26-year-old, whose muscles are weakened by late-onset Tay-Sachs disease.

Less than three months after she and her twin sister were diagnosed with the rare genetic disease, their mother has helped raise more than $100,000 from her home in Sea Pines for research to find a cure.

This Huffington Post piece last fall had the number up to $260,000 for the Katie & Allie Buryk Research Fund. The ad, meanwhile, says where some of the money went.

Two last things: More information here, and all best to the Buryk twins and their family.