Posted on January 12, 2017 by Campaign Outsider

From Russell Berman’s piece in The Atlantic:

A President Without an Administration

The Trump transition is behind schedule in vetting its nominees, and struggling to fill senior positions before the inauguration. 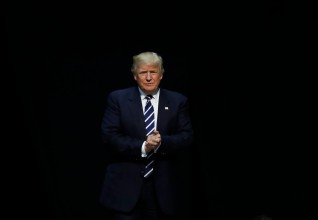 President-elect Donald Trump will take the reins of the federal government on January 20. How many people he will have by his side on that date is very much in question.

The Trump transition is substantially behind the pace set eight years ago by Barack Obama’s team, and a late start to vetting Cabinet nominees for security clearances and financial conflicts of interest threatens to leave many senior posts vacant when Trump assumes the presidency in just two-and-a-half weeks. The delays, which were described by people familiar with the transition as well as several congressional aides, could hamper the new president’s ability to deliver the swift change he has promised in Washington.

How far behind is the Trump transition?

So far behind, it ran this ad in on page B4 of Wednesday’s Wall Street Journal.

Look next for an ad in the Farm Journal magazine for Trump’s Agriculture Secretary.