Minions Did NOT Take Over the LA Times Masthead

Okay, so this Minions Meet the Masthead story is all over the place today. Representative sample from KPCC:

Sunday’s L.A. Times featured a trio of Twinkie-like characters meddling with the paper’s sober, storied masthead in an advertising first for the paper, L.A. Observed reports.

The promotion is part of Universal Studios’ campaign for its 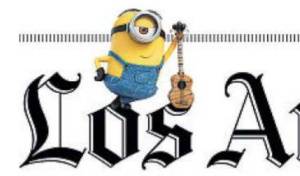 “Minions” movie, featuring the popular characters from the ‘Despicable Me’ franchise.

The move immediately set off concerns on Twitter that leasing out the newspaper’s masthead impinged on its credibility as a source for news.

Except . . . that’s not the LA Times masthead. It’s the paper’s nameplate, or flag. The masthead, as the Glossary in the Newspaper Designer’s Handbook tells us, is “[a] block of information, including staff names and publication data, often printed on the editorial page.” 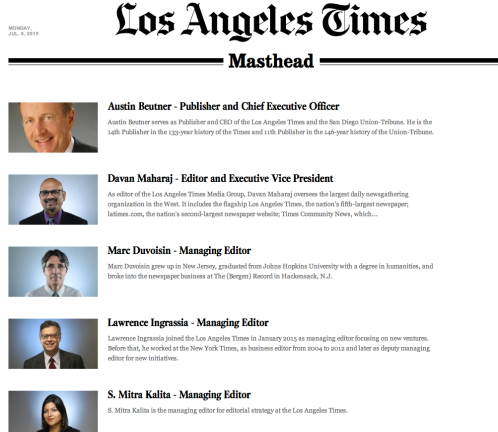