Posted on February 27, 2015 by Campaign Outsider

First in what we expect will be a long series

Here’s the headline that appeared in the New England (and early?) edition:

At a Cherry Business

The text of the two versions is identical. So both pieces bury the lede. But one cremates it in the headline. 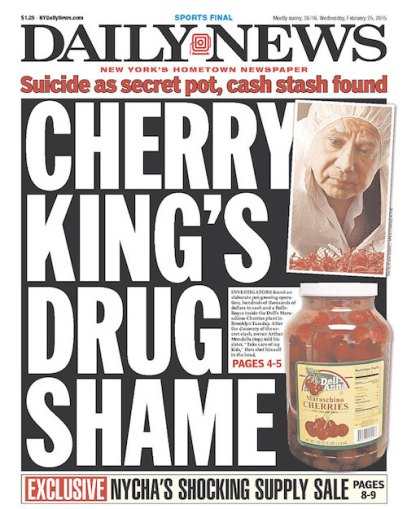 So, to recap: The New York Times is once again a day late and a dolor short.