Posted on October 15, 2014 by Campaign Outsider

In response, the three leading U.S. search engines have done little, making it difficult for users to distinguish ads from 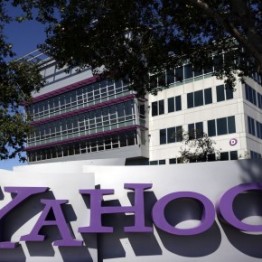 “natural” search results. Google earlier this year stopped placing colored shading around ads, and now displays a small yellow “Ad” label next to some paid links. The shading of ads on Yahoo and Microsoft’s Bing search results is nearly imperceptible; both search engines label ads with a single line of light-gray text.

That’s not happening, according to Rolfe Winkler’s Journal piece.

The shading behind ads on Bing and Yahoo is so light that it is difficult for search-engine users to notice, says Public Citizen’s Mr. Weissman.

He and others say Google’s yellow “Ad” label is a better disclosure.

“That’s not saying much, because Google is still trying to deceive consumers,” says Jakob Nielsen of Nielsen Norman Group, a consultancy that focuses on how people interact with websites.

Read the whole Journal piece. If it doesn’t piss you off, you deserve what you get.