From our Why We Love the Wall Street Journal desk

Bruins vs. Canadiens: A Rivalry Unlike Any Other 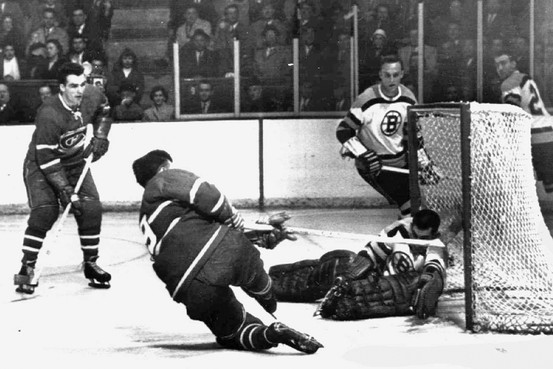 They represent great, old cities at the heart of each country’s history. Each city has a unique spirit. If dropped blindfolded into one or the other, you would know at first glimpse: the brownstones of Commonwealth Avenue, the exterior three-story ironwork walk-ups of St. Denis. You are unmistakably in Boston, unmistakably in Montreal. You can be no place else in North America.

Montreal is geographically closer to Boston than to Toronto. Montreal and Boston, each in their histories, has had this thing about the British. And during Prohibition, Montreal was where many strait-laced Brahmins escaped for fun—for booze, gambling and night spots that never closed, where nobody knew their name. The great bands of the jazz age came with them—Duke Ellington, Dizzy Gillespie, Charlie Parker. When Prohibition ended, they kept on coming. Prohibition had quenched a thirst and created an appetite.

Last night we got a full meal in Game 1 of the Boston Bruins-Montreal Canadiens Eastern Conference  semifinals.

Which ended this way:

In their postseason history, the Bruins and Canadiens have faced each other 33 times, many more than any other pair of teams in the four major North American pro sports . . .

Every great competitor needs a great opponent. Ali needed Frazier; Nicklaus needed Palmer; Federer needs Nadal. Each forces the best out of the other. The Canadiens need the Bruins, and the Bruins need the Canadiens. Each will put the other to the test . . .