Posted on January 19, 2014 by Campaign Outsider

Call it the Dawn of the Great Google Doodle Backlash.

The case against the Google Doodle 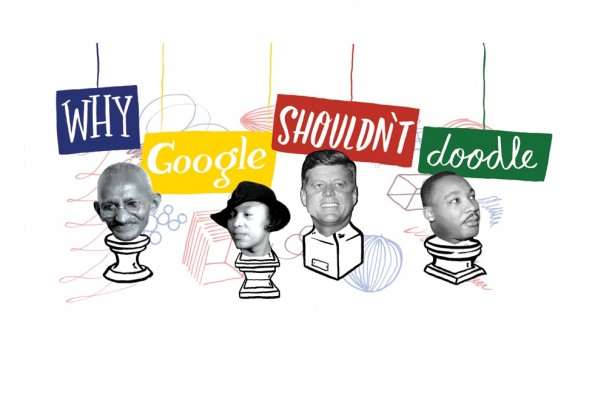 When Google honored African American author Zora Neale Hurston with a custom logo — a Google Doodle — on its homepage earlier this month, the company won praise.

Time and the Los Angeles Times wrote approving stories. “Google’s tribute was fitting for Hurston, who was ‘a groundbreaking experimental novelist, champion of black vernacular culture and a daring anthropological scholar,’ ” Daphne A. Brooks, a Princeton University English professor, told the Root . . .

But is Google the right booster for one of the Harlem Renaissance’s greatest treasures? We’d be appalled if McDonald’s used Martin Luther King Jr.’s image to sell hamburgers or if Coca-Cola put Mohandas Gandhi on a soda can. So why is it any different when a tech behemoth uses Hurston to hawk searches?

Justin Moyers’s piece then postulates this: “Since Google began Doodling in 1998, it’s aligned its brand with some of the greatest human beings who ever walked the Earth, borrowing the pixie dust of Gandhi, MLK and others. In a role once reserved for the U.S. Postal Service and its stamps, Google now decides who deserves tribute —Hurston yes, Malcolm X no.”