Ask Dr. Ads: Who Really Wrote “You Don’t Have to Be Jewish to Love Levy’s”?

Posted on January 13, 2014 by Campaign Outsider

Well the Doc opened up the old mailbag today and here’s what poured out.

One of the legendary figures in the 1960s creative revolution on Madison Avenue – Judy Protas – died last week. According to the New York Times obituary, she wrote one of the most famous taglines in advertising history.

You don’t have to be Jewish to write an ad for rye bread that has endured in public memory for more than half a century, but in Judy Protas’s case it certainly didn’t hurt. 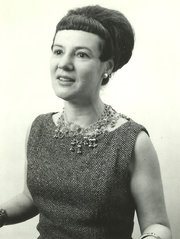 As Ms. Protas, a retired advertising executive at Doyle Dane Bernbach who died on Tuesday at 91, well knew, a campaign spent selling rye bread to Jews would be a campaign squandered in preaching to the converted.

“We had a local bread, real Jewish bread, that was sold widely in Brooklyn to Jewish people,” she told The New York Times in 1979. “What we wanted to do was enlarge its public acceptance. Since New York is so mixed ethnically, we decided to spread the good word that way.”

And thus, from Ms. Protas’s largely anonymous pen sprang a slogan — “You don’t have to be Jewish to love Levy’s Real Jewish Rye” — that has far outlived the actual campaign, which began in 1961 and ran through the 1970s.

Then the Times obit says “[the] evocative tagline is often credited to William Bernbach, a founder of DDB, or to Phyllis Robinson, the agency’s chief copywriter.”

So what gives, Doc?

For starters, one of those crediting the tagline to Phyllis Robinson was the Times itself, which said this in her obituary . . .