Posted on December 8, 2013 by Campaign Outsider

The peripatetic Scott Brown (R-Elsewhere) has taken his Hamlet, New Hampshire act to the Big Town.

From the Weekend Wall Street Journal:

joke that his sole ambitions now are to master Spanish and the electric guitar.

You might well ask, “What can Brown do for New Hampshire?”

Ms. Shaheen, Mr. Brown said in an interview, “needs to explain to voters why she was the deciding vote on Obamacare.” Ms. Shaheen’s office declined to comment.

Maybe because when you plug deciding vote on Obamacare into the Googletron, you get this: 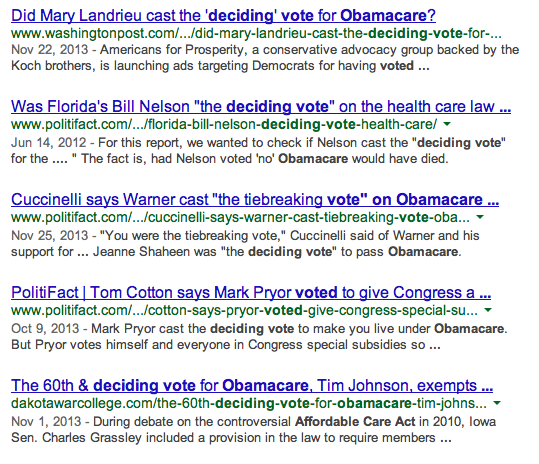 Then again, as H.L. Mencken said, no one ever went broke underestimating the intelligence of the American public.

Not even Scott Brown.