Posted on November 4, 2013 by Campaign Outsider

When Backstage Was No Big Deal

BERKELEY, Calif. — THE Lou I knew liked speed and cheap Scotch. Had short hair and wore weird shoes. Just as he could write something as harrowing as “Rock Minuet” or as tender as “Perfect Day,” he could also be frightening, the surliest of 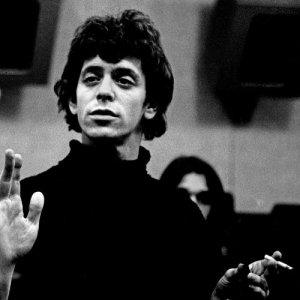 misanthropes, or the most gentle person imaginable.

The songs he wrote for the Velvet Underground, back when I knew him, did as much as anything else in the ’60s to change my whole system of values. Even more than Bob Dylan’s, because they dealt with more complex issues and real taboos, Lou Reed’s songs taught me about many things, from why one always should try to be compassionate to the idea that a writer should shy away from nothing.

But that’s not what he wants to talk about in his Times piece, Lioce says. Rather “[t]his is about the days when rock ’n’ roll was still a people’s art, and the walls between an artist and his audience hadn’t yet been built.”

I met Lou — who died a week ago today, at 71 — because it was so easy to. In 1967, after a falling out with their mentor Andy Warhol, the Velvets moved their music to Boston, where they would play a hall on Berkeley Street called the Boston Tea Party. They’d do a few nights a week every couple months or so. You’d pay three bucks and hear them play two long sets. And almost no one came. There’d be maybe 40 people on a good night. And generally the same 40 people night after night, including one girl who always showed up in a wedding dress.

And they all had access to the band, to one extent or another. Tony Lioce’s extent is well worth reading.

P.S. Be sure to check out the Boston Tea Party link. It’s totally the Hubback Machine.

2 Responses to Lou Reed And The Boston Tea Party