Posted on September 7, 2013 by Campaign Outsider

Friday’s Wall Street Journal debuted Crisis Plus Five, “a series on the fallout from the worst financial crisis since the Great Depression.”

For Corporations and Investors, Debt Makes a Comeback

Looking back, J. Russell Porter said his company was “almost at death’s door” when the U.S. economy hit bottom.

With credit markets near frozen, he said, Gastar Exploration in 2009 couldn’t find banks or investors willing to provide the $35 million the oil-and-gas producer needed to refinance its crushing debt.

Mr. Porter, Gastar’s chief executive, concentrated on survival. He sold off a major project and repaid most of the company’s obligations. In financial terms, Gastar was deleveraging, or reducing its dependence on debt to minimize risk, part of a broader trend triggered by the financial crisis.

This year, Mr. Porter reversed course. Gastar borrowed $200 million in the junk-bond market to acquire oil wells in Oklahoma. It offered an 8.625% interest rate on the bond, which investors eagerly grabbed. The money fueled quick growth.

Five years after excessive debt propelled a housing-market collapse into a financial crisis and recession, similar bets are being placed across the U.S. 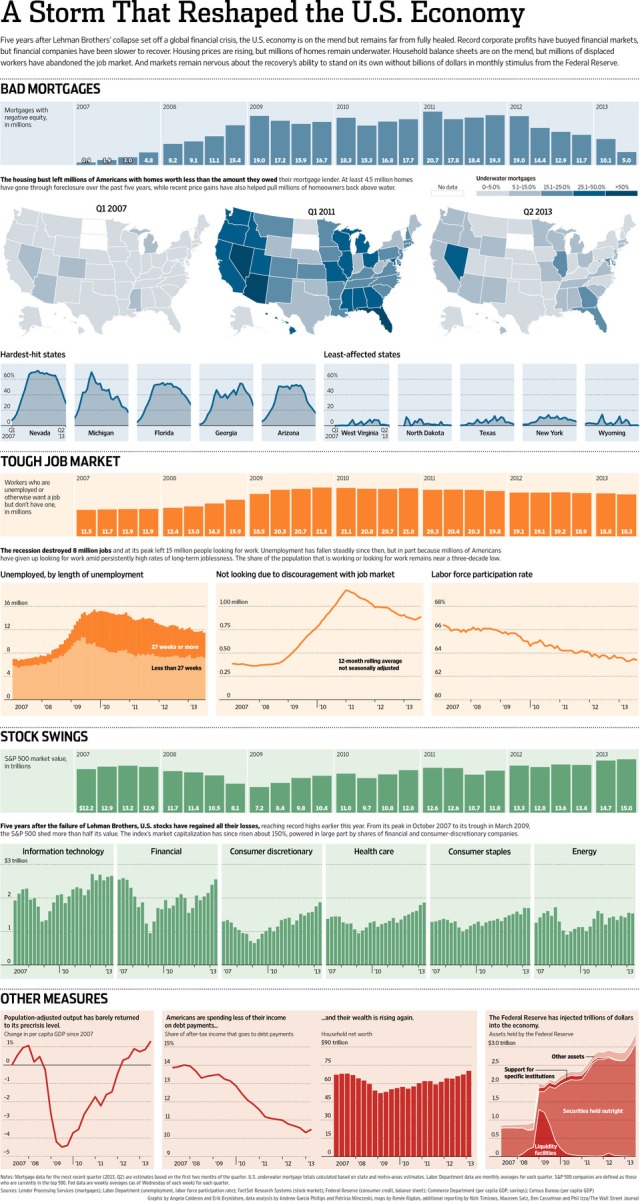 You should check it out.