NYT Photographer Tyler Hicks on Track to Win Another Pulitzer

Posted on February 27, 2022 by Campaign Outsider

Plug “Tyler Hicks Pulitzer Prize” into the Googletron and here’s what pops up.

Hicks in in Ukraine right now doing what he does so amazingly well. Here’s part of what he captured for yesterday’s New York Times.

Here at the Global Worldwide Headquarters (from which we occasionally venture into the real world but never into conflict zones), we’ve always had the utmost respect for Tyler Hicks (and his longtime partner, the redoubtable C.J. Chivers, who abandoned war reporting a few years ago because . . . his family, as Esquire’s Mark Warren chronicled).

Hicks is still out there, as vivid as ever.

Here’s one of his photographs in today’s edition of the Times. 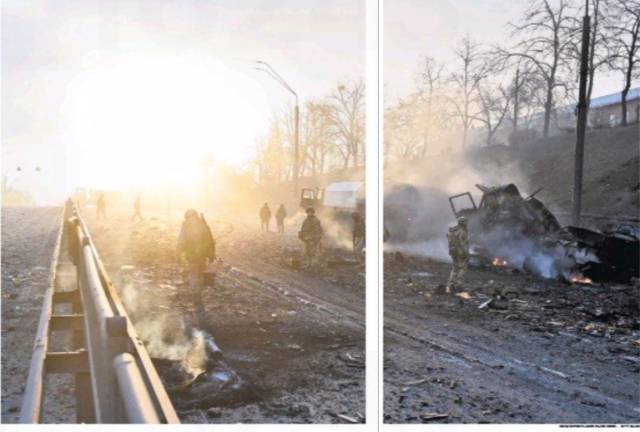 The New York Times features a deep roster of superb photojournalists. Tyler Hicks surely ranks among the finest of them, as he is proving once again.