Posted on October 19, 2021 by Campaign Outsider

Yesterday was Wynton Marsalis’s 60th birthday, so the fine folks from Jazz At Lincoln Center took out this full-page ad in the New York Times to celebrate it. 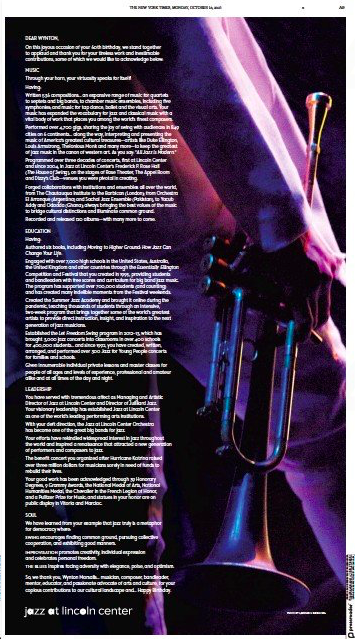 Yeah, that’s what we thought.

Here’s a blown up section to give you an idea of the birthday greetings. 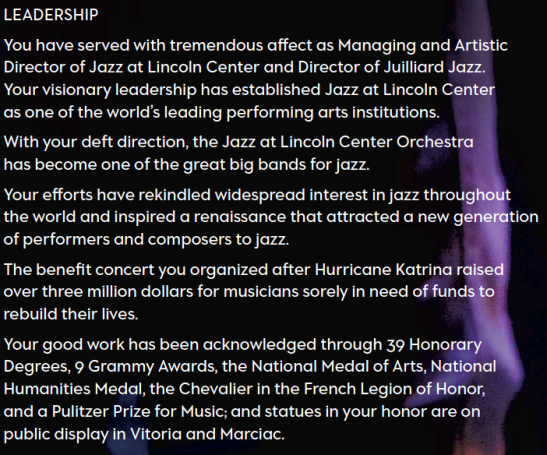 The print ad, however, is virtually unreadable and undoubtedly has David Ogilvy spinning in his grave.

For starters, there’s this quote from Ogilvy on Advertising: “On the average, five times as many people read the headline as read the body copy. When you have written your headline, you have spent eighty cents out of your dollar.”

Other Ogilvy recommendations (via The Castle Press) that the ad ignores:

1 Response to Hey, Jazz at Lincoln Center: Just Set Your Money on Fire