In Apple Music Rumpus, Maybe Taylor Swift ISN’T All That and a Bag of Clips

Music maven Taylor Swift is getting all kinds of kudos for taking a bite out of Apple Music’s effort to strong-arm independent labels into getting no royalties for the new streaming service’s trial period.

But maybe she didn’t do it alone.

The turning point in Apple’s talks with the music industry came late Sunday night, when — after a rebuke from Taylor Swift — the company reversed course on a proposal to not pay royalties during test drives of a new streaming music service.

But for thousands of small record companies for whom Apple is a crucial source of income, a crisis had already been in effect for two weeks, and was resolved only late Tuesday, when the independent groups agreed to licensing terms with the tech giant.

The Guardian’s Eamonn Forde is even more adamant about the independent labels exercising more pressure than Swift. 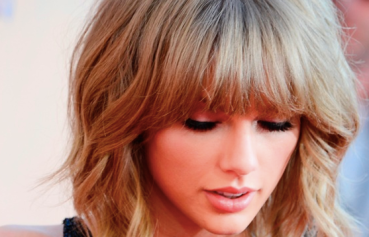 The neat narrative would run that Taylor Swift, the planet’s biggest pop star, went toe to toe with Apple, the wealthiest company in corporate history, over its decision not to pay musicians and songwriters royalties for music its subscribers listened to during their three-month free trial to its streaming service Apple Music. She didn’t blink and Apple backed down. Taylor saved the day.

Except that the real story is far less simple. The Tumblr post in which Swift criticised “this historically progressive and generous company”did not happen in a vacuum. Last week, there had been rumblings among independent labels that quickly built to a thunderstorm. Record companies and trade bodies in the UK, the US, Germany, France and Australia piled in and said they were not doing deals with Apple until it agreed to pay them during the free trials. Collectively, the protesting labels – which included Beggars Group, home to Adele and Britain’s largest indie – represented about a quarter of the global market. Not to have Swift’s album 1989 on Apple Music, when it launches at the end of the month, is one thing; to be missing tens of millions of songs from independent acts is a whole other matter.

Maybe Taylor Swift was the loss leader in Apple’s capitulation.

And maybe the independent labels were the real reason Apple folded.

1 Response to In Apple Music Rumpus, Maybe Taylor Swift ISN’T All That and a Bag of Clips