Posted on December 14, 2014 by Campaign Outsider

The hardworking staff freely admits that we’re hooked on the Wall Street Journal’s great Anatomy of a Song series.

Still on the ‘Eve of Destruction’ 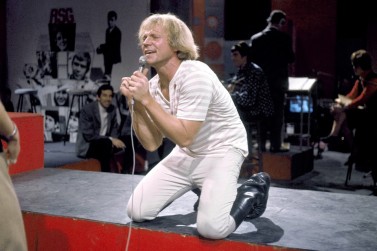 With its incendiary lyrics—“You’re old enough to kill, but not for votin’…and even the Jordan River has bodies floatin’ ’’—it was a far cry from “I’m Henry VIII, I Am,” by Herman’s Hermits, which had topped the chart the month before, as the Watts riots exploded in Los Angeles and soon after President Lyndon Johnson announced a troop buildup in Vietnam.

Critics slammed “Eve of Destruction” for its bombast and some radio stations banned it. But millions of teens bought the single, and it stayed in the Top 20 for two months.

When “Eve” was recorded that summer, songwriter P. F. “Phil” Sloan (“Secret Agent Man” and “Where Were You When I 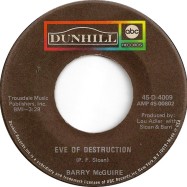 Needed You,” both co-written with Steve Barri) was a guitarist and arranger who often worked with the famed L.A. studio musicians known as the “Wrecking Crew.”

Well worth checking out their conversation.