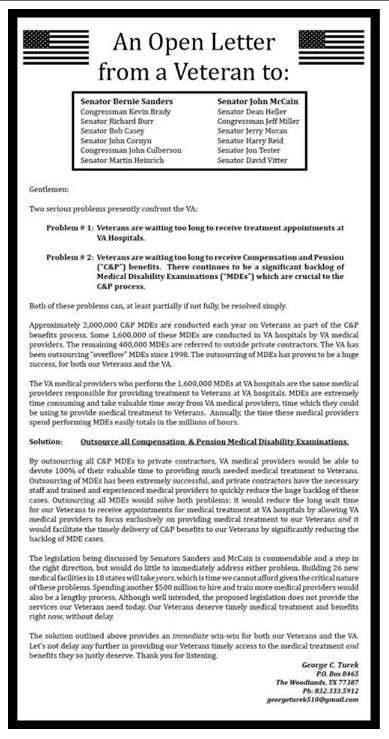 We promptly sent these questions to Mr. Turek:

• Why did you choose the Wall Street Journal?

• Did you run the ad in any other print or online publications?

• What kind of response have you gotten, either in the mainstream media or social media?

• Can you tell me how much you paid for the ad?

• Any plans to run more ads?

And Mr. Turek, almost as promptly, sent this answer:

John, the day after the ad ran I received a call from Congress asking me to give testimony before the (Full) House VA Committe on June, 25th in Washington.

I would say the ad was pretty effective.

We would say the same thing.