The Boston Red Sox, a.k.a The Slowskys of Major League Baseball, are examining, well, themselves in a new MLB effort to speed up the national vastime.

From the Weekend Wall Street Journal.

Does Baseball Have to Be So Slow?

As MLB Games Become Even Longer and More Deliberate, The Red Sox Study Why; Too Many Strikeouts 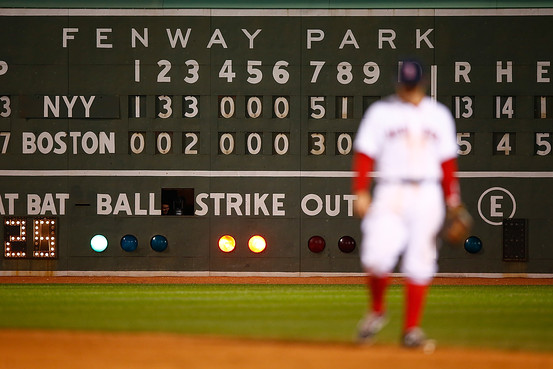 The Boston Red Sox spent last winter basking in the afterglow of their World Series victory. They also spent some of it pondering a couple of questions: Why do their games take so long? And what should Major League Baseball do about it?

At the request of commissioner Bud Selig, the perennially slow-paced Red Sox formed a committee of seven team executives to study the issue and recommend changes for the league as a whole. A volunteer corps of 30 front-office staffers spent over 350 hours combing through video of Boston’s 2013 regular-season games, charting every little drag on the pace of play.

The Red Sox, whose games averaged an MLB-high 3 hours 15 minutes in 2013, are only about halfway done with the project. But the fact that such a committee even exists shows how little progress MLB has made in its attempts to speed up the game.

Read the rest of this engaging piece at your own pace, yeah?