For most of its 20-year history, The Weekly Standard has been sort of cruise-crazy.

The neocon magazine, long considered the in-house organ for the House of Bush, has sponsored cruises from St. Maarten to Alaska, where Weekly Standard founder/editor William Kristol 1) discovered Sarah Palin, 2) became her rabbi in GOP circles, and 3) eventually helped inflict her on the Lower 48 as VP nominee on the 2008 Republican presidential ticket.

So it was no surprise to see this ad for the magazine’s Mid-term Summit at the Colorado Springs Broadmoor Resort in its March 24 edition. 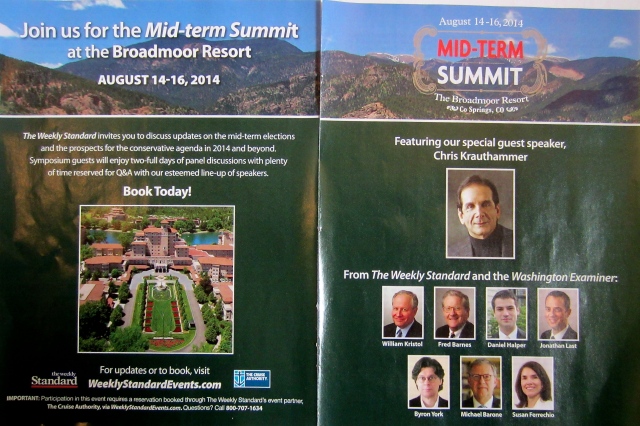 But here’s what was a surprise.

Charles Krauthammer has a brother, Chris? Who knew?