Posted on January 22, 2014 by Campaign Outsider

As former Sen. Scott Brown (R-Elsewhere) Hamlets the Granite State, the New Hampshire Democratic Party has cooked up a little something to help voters make up their minds.

The New Hampshire Democratic Party, seizing on the fact that Scott Brown’s website is currently under construction, has created a fake website for him with all the reasons he wouldn’t be a good candidate: http://scottbrownnotfornh.com/

Here’s how it looks: 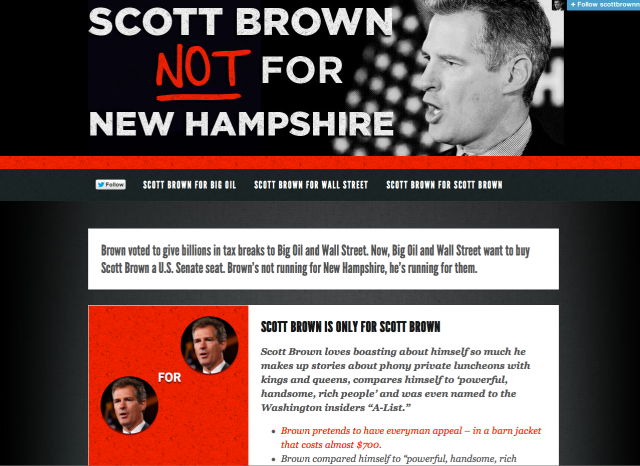 The NH Dems also have a Twitter feed with four followers (no, we’re not one of them) and no tweets. 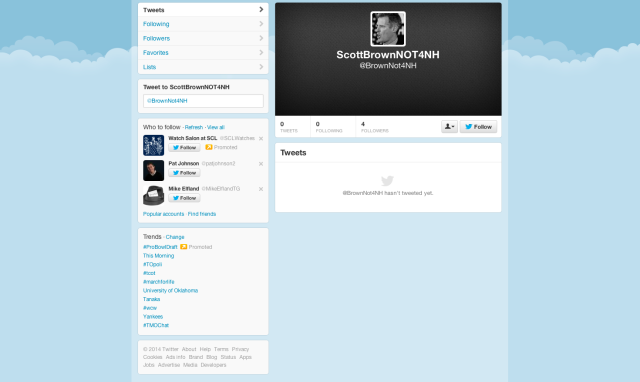 More, one presumes, to come.