Posted on January 7, 2014 by Campaign Outsider

For Mark Zuckerberg, Tumult and Turnaround

MENLO PARK, Calif.— Mark Zuckerberg needed help. Facebook Inc.’s initial public offering in May 2012 had been a mess. And after turning a website born in his college dorm room into a company valued at $100 billion, the young chief executive was under pressure to prove he could sell lots of ads on smartphones. 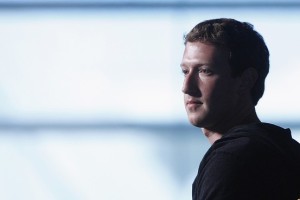 of Facebook’s corporate campus here with Andrew “Boz” Bosworth, a top engineer at Facebook and friend who once was Mr. Zuckerberg’s teaching assistant at Harvard University.

“Wouldn’t it be fun to build a billion-dollar business in six months?” Mr. Zuckerberg asked. He wanted Mr. Bosworth to help lead the company’s shaky mobile-ad business, then bringing in almost nothing. Another part of the job: figure out all the ways Facebook could make money . . .

Interviews for this article with the CEO, Facebook directors and executives, and dozens of other engineers, friends and former employees laid out how Mr. Zuckerberg’s growing attention to the bottom line was part of a sea change by the often-stubborn, idealistic 29-year-old chief executive once called “toddler CEO” in Silicon Valley. Taking Facebook public and reshaping it around mobile phones forced him to grow up. 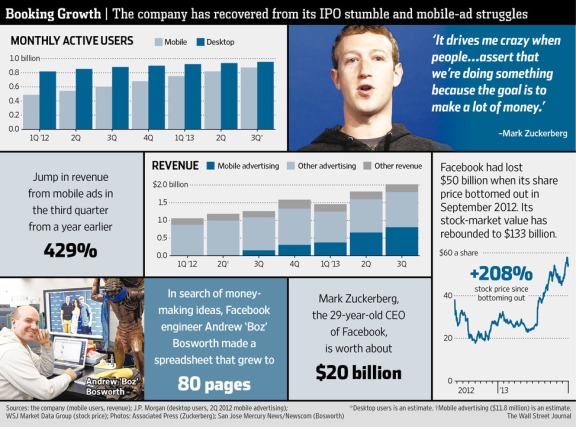 Favorite quote: “It drives me crazy when people . . . assert that we’re doing something because the goal is to make a lot of money.”

That’s obviously wrong.  The real goal is to strip mine you like West Virginia for data, then make a lot of money.