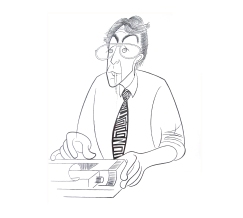 Well the Doc opened the old mailbag today and here’s what poured out.

Rupert Murdoch has just split his News Corp empire in two: 21st Century Fox, the entertainment division, and the new News Corp print/publishing division. Wall Street sort of loves it, the New York Post really hates it, but most important – what do you think?

Well you’ve certainly come to the right place to find out what I think. But before we get to that, let’s take your other points in order.

First, the News Corp empire is indeed split, as was officially announced in a two-page newspaper ad this week. Here it is from Monday’s New York Times (must’ve killed Murdoch to fork over major six figures to his arch-nemesis, eh?) . . .