Posted on September 26, 2011 by Campaign Outsider

The United States Postal System is one step from the dead-letter office, given its $9 billion deficit. 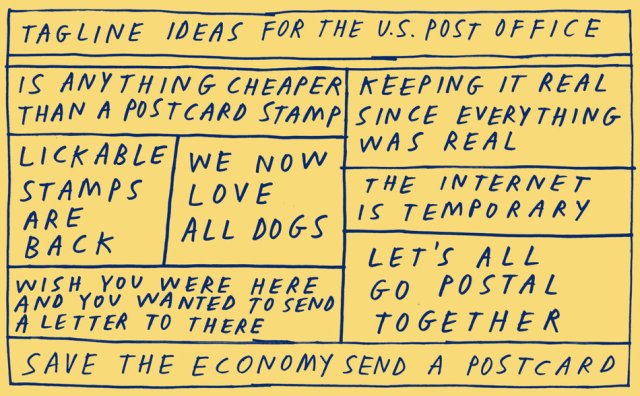 Things have gotten so bad, the American Postal Workers Union has launched an ad campaign to generate support from the (sporadically) mail-receiving public:

The APWU has launched Phase 2 of its television ad campaign, in conjunction with the National Association of Letter Carriers and the National Postal Mail Handlers Union, APWU President Cliff Guffey announced. Spots will air on CNN, MSNBC, and FOX News. The ad will run for approximately two months.

The ad is designed to explain — in just 30 seconds — the true cause of the Postal Service’s financial crisis.“The Postal Service has been recording financial losses, but not for the reasons you might think,” the ad says. It quickly identifies the problem — a 2006 law that imposes a $5 billion annual burden on the Postal Service that no other agency or company bears. At the same time, the Postal Service is forced to overpay billions more into federal accounts, it says.

The campaign is meant to build support for a bill by Democratic Rep. Stephen Lynch, which addresses the USPS crisis without cutting pay, benefits or collective bargaining rights. House Oversight Committee Chairman Darrell Issa has blocked consideration of Lynch’s bill in favor of his own legislation, which the postal workers’ union says “would be devastating for the Postal Service, the American people and postal employees.”

The Lynch mob has more than 200 co-sponsors, according to the APWU. Let’s see how far that gets them.