Posted on December 11, 2018 by Campaign Outsider

Yesterday’s Wall Street Journal featured this Zusha Elinson piece about the latest verse in The Ballad of Whitey Bulger.

Bulger Was Wary Of Prison Transfer 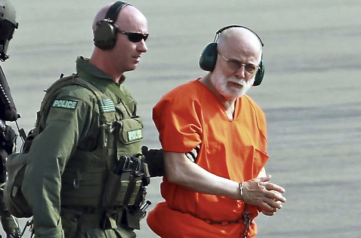 Boston mobster James “Whitey” Bulger seemed to have good news when he called his attorney four weeks before his death.

The 89-year-old said on Sept. 28 that he was getting out of solitary confinement at a federal prison in Florida and being transferred to a prison medical facility, according to Hank Brennan, Bulger’s attorney of seven years.

“You must be glad,” Mr. Brennan said, but Bulger replied that he wasn’t eager to go.

“The devil you know is better than the devil you don’t,” Bulger told him. “I don’t trust them.”

Less than 24 hours later Whitey Bulger was dead, “beaten to death inside his unlocked cell  at a notoriously violent federal prison in West Virginia, where federal authorities had sent him instead of a medical facility.”

Mr. Brennan says he is preparing to sue the government on behalf of Bulger’s estate for wrongful death and negligence to find out why authorities sent the frail, notorious gangster to the U.S. Penitentiary Hazelton in West Virginia, and put him in with the general population.

A wrongful death lawsuit that the estate of James “Whitey” Bulger plans to file against the federal government could end up helping the families of Bulger’s victims whose own efforts to collect from the government have been stymied, lawyers said Monday.

Bulger’s estate plans to file a suit against the government for transferring him to a West Virginia prison where he was killed by fellow inmates within hours of his arrival in late October, according to the gangster’s lawyer.

The Globe report credits the Journal in the sixth graf for those of you keeping score at home. 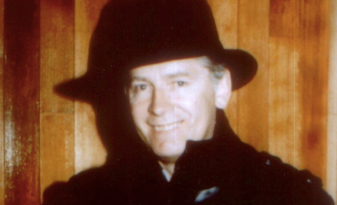 The only surprise is that it took the greedy Bulger clan six whole weeks to announce that they are suing the feds – in other words, us – for the “wrongful death” of their beloved serial-killing, coke-dealing, extorting Uncle Jimmy.

How much more of our money do these shiftless, rotten hacks need? If they’re so hard up for cash, why don’t they go out and get real jobs, like the rest of us. I hear the Post Office is hiring.

The suit against the Bureau of Prisons will be filed on behalf of the family. Whitey’s closest survivor, I suppose, is his younger brother Billy, the Corrupt Midget.

Mr. Carrtoon credits the Journal in the eighth graf for those of you keeping score at home.

The Wall Street Journal kicked your ass on this one.